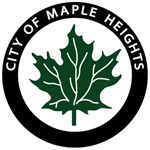 The Law Department of the City of Maple Heights is located on the first floor of City Hall, 5353 Lee Road, Maple Heights, Ohio. Office hours are 8:30 am to 5:00 pm, Monday through Friday. The Legal Department is responsible for:

The Maple Heights Mayor’s Court has limited jurisdiction based on geographic location and type of offense.  All offenses must have occurred in the City of Maple Heights, and some charges may not be filed here because of legal exception.   In some cases, a person who receives a traffic ticket may plead guilty and pay the fine with out coming to court.  This is called “waiving” the charge.  The waiver schedule is established on the Mayor’s Court page.

Persons who wish to plead not guilty or no contest with an explanation must appear in court before the magistrate.  If you were involved in a traffic accident you are also required to appear.

If you plead not guilty, your case will be transferred to the Garfield Heights Municipal Court for trial and disposition.

Did you know that there is a way to stop door-to-door solicitors from approaching your residence?  City Officials and the Law Department began a program which enables Maple Heights residents to ward off door-to-door peddlers and solicitors.  Please contact the Law Department at (216) 587-9008 to find out how you can obtain the anti-solicitation decal and information regarding the program.

If you or someone you know is affected by domestic violence, and are in need of a shelter, counseling or a support group, please contact the Domestic Violence Center at (216) 651-8484.  The Domestic Violence Center also provides an adolescent intervention program, justice advocacy services, a visitation center, an offenders’ treatment program, and community healthcare education.

Mediation stems from differences between parties and is commonly used to address neighbor complaints.  A police report must be filed prior to scheduling a Mediation Hearing.  It there is not enough evidence for criminal prosecution, and there is a concern that further problems may arise, the Prosecutor may request the parties appear at a Mediation Hearing.  In an attempt to settle the situation, both parties are scheduled to meet with the City Prosecutor.