Founded in 1915, the City of Maple Heights is one of Cleveland’s oldest suburbs. Growing dramatically post-World War II, the City developed major commercial hubs, such as Southgate USA, Mapletown, and Turney-Dunham Plaza, industrial employment, and thousands of single- and multi-family housing units. Today, the City maintains much of that character in its significant post-War bungalow housing stock, major commercial hubs, and industrial employer base. With easy access to Interstates 480, 271, and 77, Cleveland Hopkins International Airport and major employment hubs such as Downtown Cleveland, University Circle, Independence, Mayfield Heights, and Solon are all within a 20 minute drive. 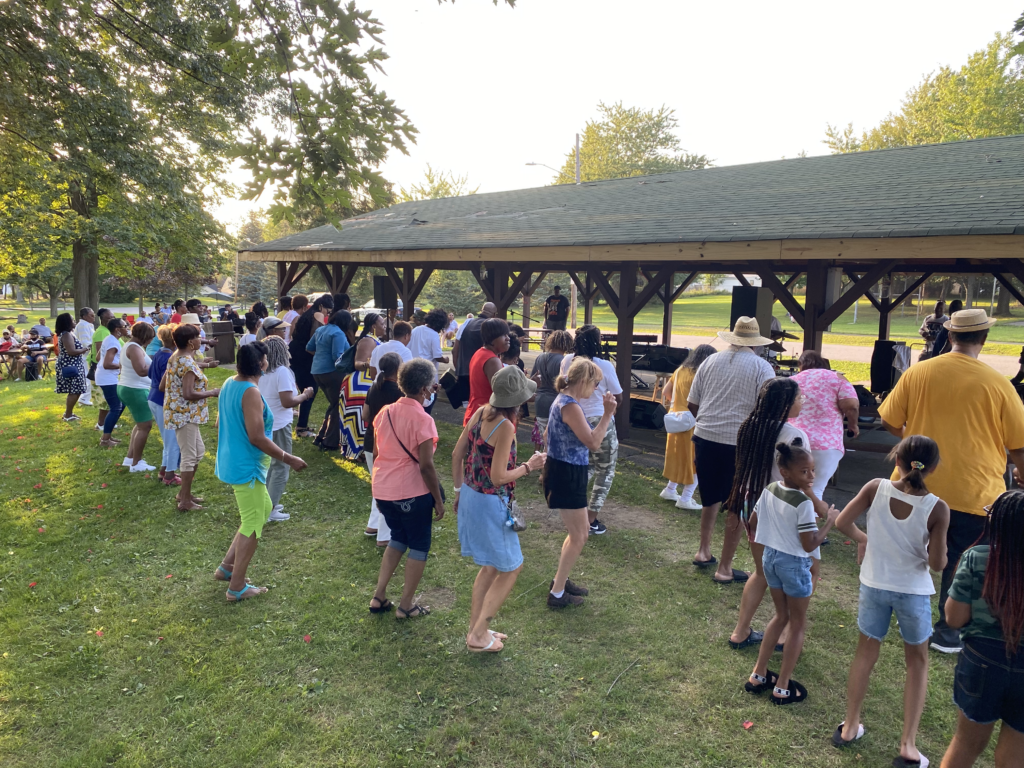 Residents dance during a 2021 Music in the Park.

The City features a robust parks system with over 40 acres of active and passive parks, Cleveland Metroparks, and close proximity to the Cuyahoga Valley National Park. Throughout the summer, the parks are full of life, including the City-sponsored Music in the Park which features some of the best in local live music. In Summer 2020, the City welcomed the first bike lanes in the City on Dunham Road, providing bike access to the National Park. Plans for more bike lanes are underway.

We encourage you to explore some of the links and information below to learn more about what the City of Maple Heights has to offer you and your family: