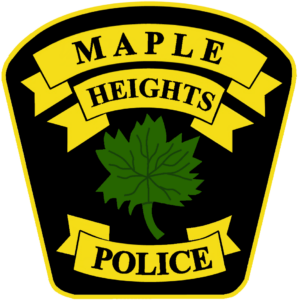 The Maple Heights Police Department is currently staffed with 30 full time sworn Police Officers. The City also has an Auxiliary Police force to handle situations such as traffic control, special events, and community-oriented activities. The Department is a part of the Chagrin Valley Dispatch Center, which services both the Police and Fire Departments. This state-of-the-art dispatch center recently was picked as one of the Top 10 dispatch centers across the U.S. (click here to read more)

The Police Department, in partnership with other area communities, supports several specialized units. These units include a fully equipped SWAT Team, a Bomb Unit, a Hostage Negotiations Unit, a Narcotics Unit and an Emergency Command Post Team. The Department also sponsors a DARE Program for all 6th Grade classes at the local schools.

The award winning Department has received five Governor’s Awards, a Silver Star Award from the Ohio Victims of Crimes Program, an award from the Services for Independent Living for Outstanding Handicapped Safety Town Education and the United States Department of Transportation Award, presented by the President of the United States, for efforts in the Prevention of Impaired Driving. The Maple Heights Police Department SEALE Narcotics Unit received the “Ohio Distinguished Law Enforcement Group Achievement Award” from the State of Ohio Attorney General in 2006.

A cash reward is offered to anonymous persons who telephone the Crime Stoppers hot line with information which led to the arrest and indictment of the person(s) responsible for felony offenses.

The City of Maple Heights is accepting applications for the position of Records Clerk. This is a full-time position.  The Records Room is open Monday through Saturday.  Hours will be set during the time frame of 8:00 a.m. and 11:00 p.m.  Please see the following link for more information.  Applications can be downloaded using the City Employment Application link.

Other Links and Information