At last night’s City Council meeting, State of Ohio Auditor Keith Faber personally presented the City of Maple Heights with the State Auditor’s most prestigious award, the Clean Audit Award.  Only the top 10% of organizations receive this honor, and with 6000+ audits, Faber congratulated the City on being ‘one of the State of Ohio’s most responsible partners.’  Mayor Annette Blackwell, along with Finance Director Tinita Tillman were presented the award; additionally, State Senator Kenny Yuko presented Tillman with a Senatorial Citation.

Tillman recognized her staff during her remarks, stating her team of Carl Macey, Jennel Liederbach, Doreen Jordan, and Oneamia Ramsey were vital to her success.  Blackwell hired Tillman in 2019, and in under five years time, the City recovered from a fiscal emergency that was in place prior to Blackwell’s tenure as Mayor.  Blackwell praised Tillman’s hard work and dedication, and is proud of the Department’s determination.  ‘Our Finance Director, Tinita Tillman, and her staff worked tirelessly to clean up our City’s finances. They deserve to be honored and recognized this evening,’ stated Blackwell. 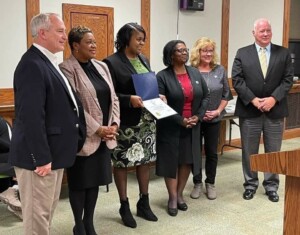 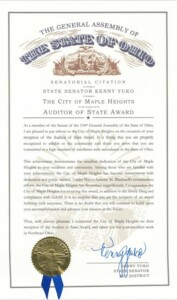 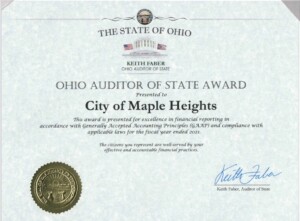 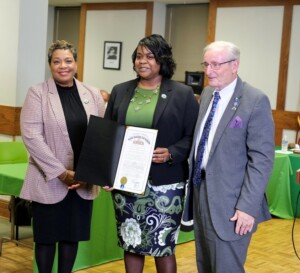 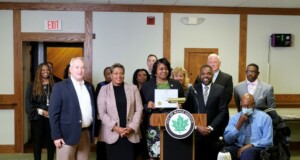 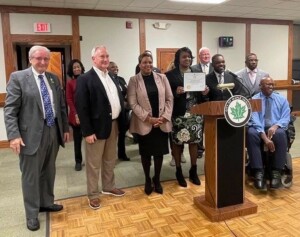