On June 28th, our Department held a swearing-in and Promotional Ceremony.  The Department hired two new police officers and three of our own were all promoted to Police Sergeants. 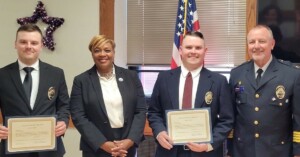 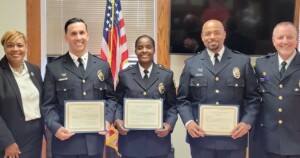